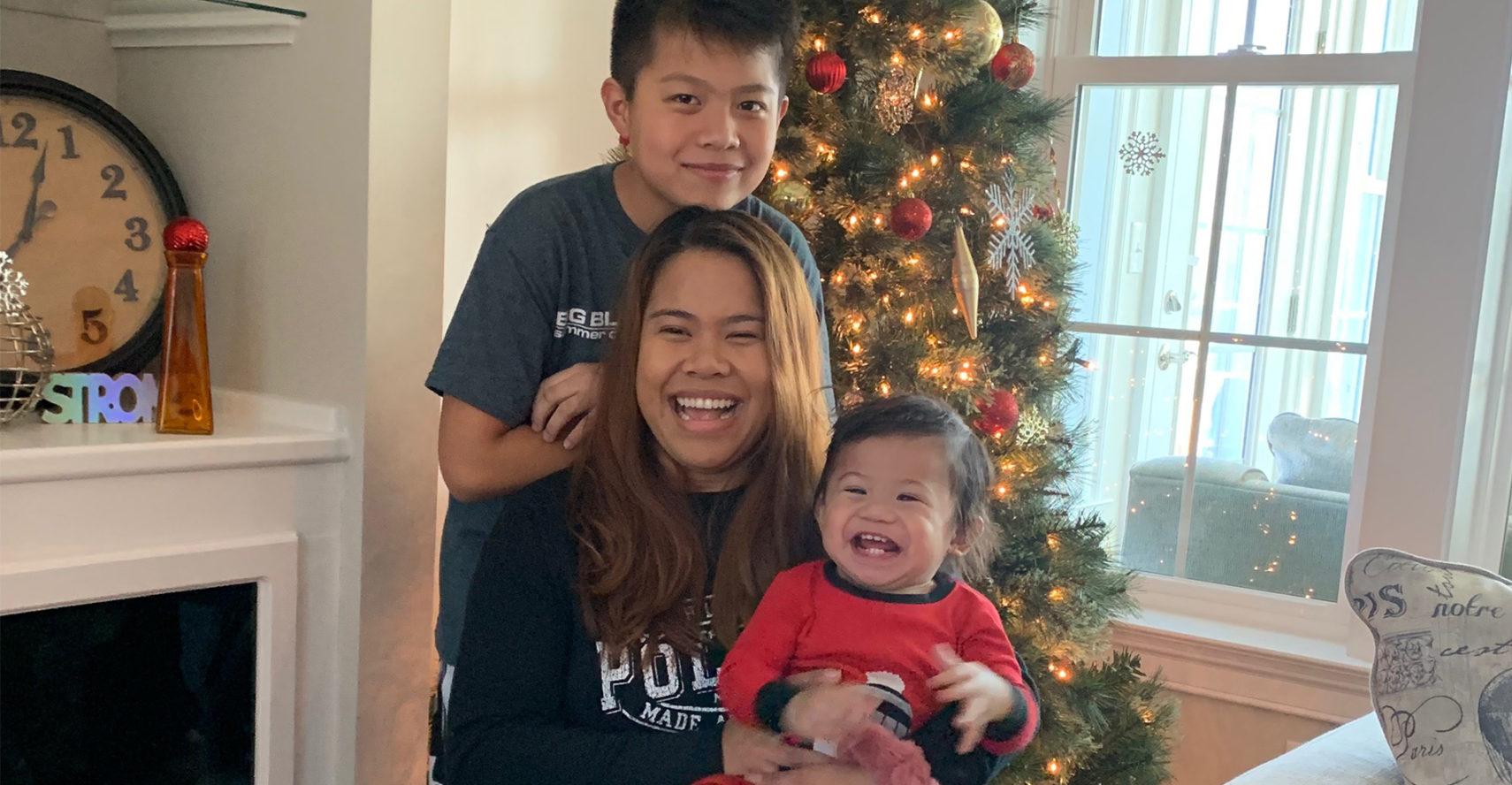 A routine dental checkup turned Joy Cubilla’s life upside down after the dentist noticed a sore under her tongue  – a predicament that became more complicated because of her pregnancy.

Joy’s dentist first pointed out the spot in October 2017 and decided they’d watch it. In May 2018, when she went back for a checkup, the lesion was still there and the dentist referred her to an ear, nose and throat specialist. By this time Joy was six months pregnant.

After a biopsy, Dr. Richard Hood, an otolaryngologist who practices comprehensive otolaryngology, shared some difficult news.

“I was getting ready to go out with my boyfriend to celebrate the anniversary of the day we met – May 18 – and the doctor called,” recalls Joy, 30, of Norfolk.  “He told me I had squamous cell carcinoma. I was shocked.”

Joy had no family history of cancer and didn’t have any risk factors associated with oral squamous cell cancer, the most common oral cancer. Joy’s mind was spinning and she tried to figure out the best way to tell her boyfriend, Daron Muegue, 30, who she met in high school, on what was supposed to be a special night for them.

A Proposal, Then Treatment Plan

After dinner, Joy and Daron drove to the Cape Henry Lighthouse in Virginia Beach and walked on the beach. Daron knew she had gotten the call that day but let her take her time telling him.

“We walked about a mile before I told him the results,” Joy remembers. “He cried for a bit and we walked more. Then he stopped and proposed. He told me he’d stand by me and support me no matter what.”

Doctors immediately went to work to figure out how to best care for Joy. A team of doctors from Eastern Virginia Medical School and Sentara worked together to create a treatment plan for Joy after another biopsy confirmed the diagnosis.

Drs. Karakla and Mark explained what would take place during the surgery at Sentara Norfolk General Hospital. After removing the cancerous lesion, they planned to reconstruct the tongue using tissue from Joy’s forearm and leg, if needed. The risks also included not being able to taste and not being able to talk well again.

“When I was diagnosed with cancer, it was at stage 2, but by the surgery, it had grown and was at stage 3,” says Joy, whose baby, Eli, was born two month later. “If we would have waited a few weeks or another month, it would have been much worse.”

The surgeons only had to use tissue from her arm to reconstruct her tongue. Dr. Porche was also part of the surgical team to provide continuous fetal monitoring during surgery. Thankfully, Joy could taste right away after surgery, spoke well shortly after surgery and, best of all, she learned that the cancer had not spread. She didn’t need chemotherapy, radiation or any other follow-up cancer treatments.

Joy took a couple months off from her job as a Walgreens manager to recover after surgery. A few weeks after she returned to work, Joy and Daron welcomed baby Eli on Aug. 18. 2018, at Sentara Norfolk General Hospital. She was relieved to hear Eli was a healthy 7 pounds, 5 ounces since she had been concerned about being able to eat enough for her baby after her surgery.

Jason, Joy’s older son, now 11, stepped right in after the baby was born to help his mom. Joy gushes when she recalls him running up and down the stairs to get things for her and gently holding and watching his baby brother.

Joy and Daron married on March 23, 2019, a few months before Daron, a deputy sheriff and Marine reservist, deployed to Japan. She beams when remembering the care she received at Sentara and EVMS to get them to that point.

“They were an exceptional team,” Joy says. “Even now when I come for my follow-up appointments they would all checkup on me and ask to see pictures of Eli. I feel incredibly fortunate.”